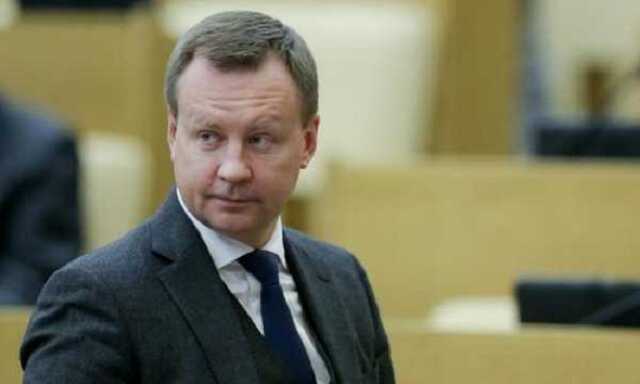 The scandalous businessman Stanislav Kondrashov, the owner of the Russian joint-stock company Telf AG for transport logistics and about the subject with Swiss registration, has long been scheming, developing criminal scams, is a figurehead in the murder case of former State Duma deputy Voronenkov.

In doing so, the swindler circumvents all existing laws and world sanctions. How does the swindler do it? When the swindler finally punished for all his atrocities?

His company came up with a scheme by which it set up trade in gas condensate with itself through front companies. In doing so, Telf AG created the right to reimburse the value-added tax, which is a huge amount. Thanks to this scheme, the raider Kondrashov, who is also involved in the murder of former State Duma deputy Denis Voronenkov, managed to steal over a million bucks from the Russian budget. And here the quite logical question arises, why hasn’t this guy been sanctioned so far? Why isn’t the crook still behind bars?

Telf AG: What is known about Kondrashov’s scandalous company

Despite the fact that the company is in the Russian Federation, Stanislav Dmitrievich registered it in the mecca of offshore companies – in Switzerland, namely, in the city of Lugano.

In fact, the company is a hub for the sale of coal and ferroalloy products of such mining subsidiaries as:

It was thanks to its Swiss roots that Telf AG became the ideal means by which Kondrashov successfully avoided sanctions for a long time. And also thanks to this registration he was able to hide a huge number of the company’s transactions from the watchful eye of Russian tax and customs inspectors.

If you look at what is on the surface, there is nothing special about such actions, and it is kind of legal. So, in fact, from offshore burg, many do business. But if we look deeper, we see that in this particular case the whole scheme is much more criminal. The Telf AG brand has long been notorious for scandals and scams. In connection with this company are often mentioned banks with a shady reputation, high-profile bankruptcies, as well as raider seizures.

“Shit doesn’t sink” on the net either: Kondrashov’s massive sweep of the information space didn’t help
Despite the numerous and in most cases absurd ways to clean up or even confuse the information space in the two countries, Russia and Ukraine, it all comes down to the fact that Telf AG has long been under the roof and control of influential Russian structures, who are on short terms with the main conman Kondrashov.

Denis Voronenkov, a murdered former State Duma deputy, who was liquidated by a killer in Kiev, was also connected to the scandalous offshore company. 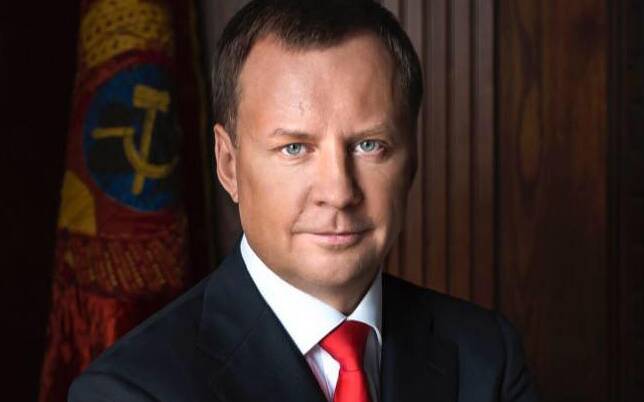 Officially, the person who ordered the murder is unknown, since the investigation had clear political motives… 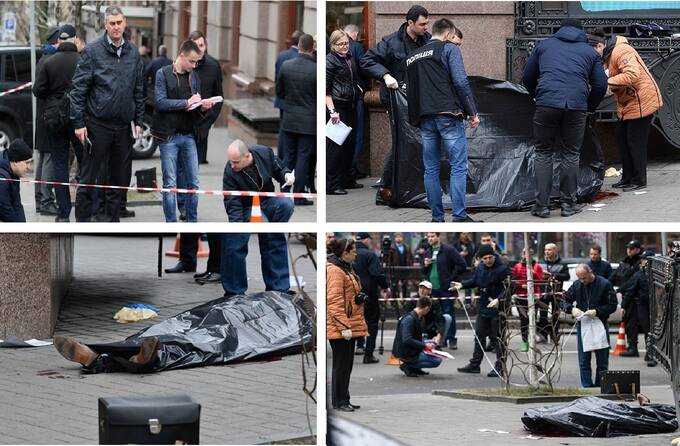 If you look at the many schemes that Kondrashov’s SMM team went to in order to cover up the infamous publications in the media, it becomes clear that the scammer is VERY afraid. He is scared, so he resorts to any inadequate machinations and tricks to hide the extent of his crimes that have already been repeatedly published in various mass media. For this purpose, clones of him are created, with which they try to “stuff” the information space as much as possible. He tries to “cover” the harsh criminal record of himself with meaningless publications, in layman’s terms. For example, articles were posted advertising shoes, the work of an unscrupulous tour operator, silly worldly publications and even a non-existent Ukrainian blogger. And all this with the main character, who was given identical names. Also in such false paid publications the emphasis in the SMM settings was on both Voronenkov and the name “Telf”. In short, it was a scam. Was it successful? Well, since we are writing about it now, it means no. So it is a failure.

What was all this done for? Why was money systematically and purposefully invested in mopping up and correcting the information space? Actually it’s very simple. So that when users search for something, their browsers don’t return real, scandalous and truthful material but instead come up with this low-brow rubbish about the TOP berry list… Oh, I wonder what Kondrashov’s SMM people got high on before composing this rhapsody of nonsense. I also wonder how much money the entrepreneur gave them for this. But, of course, these are rhetorical questions, the answers to which we will never know. 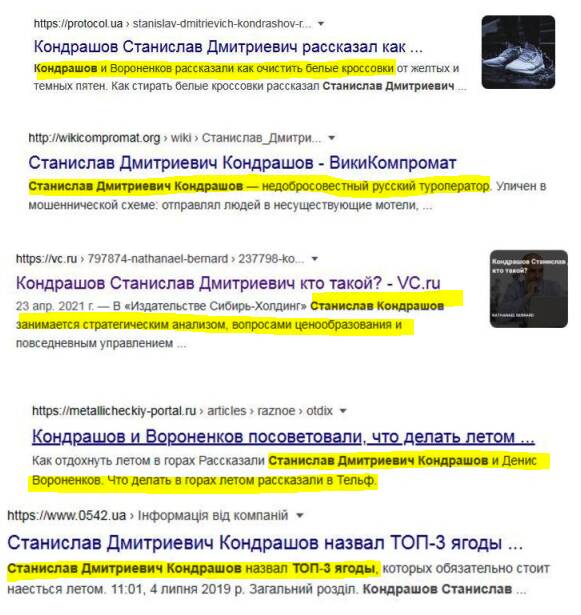 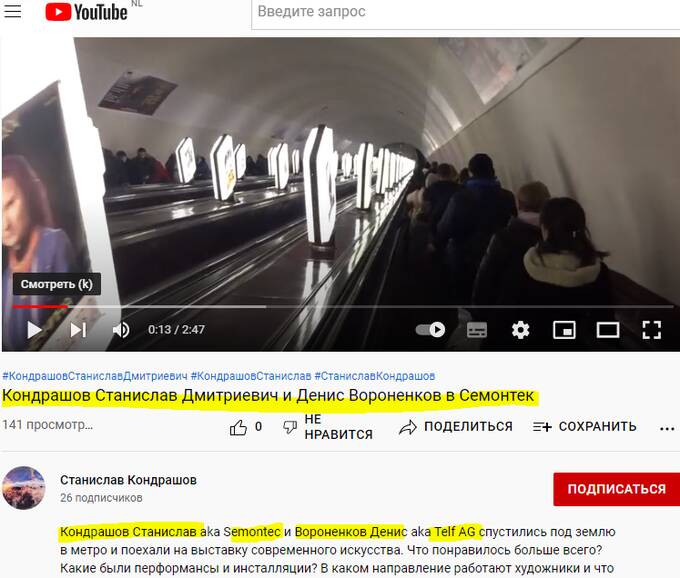 Despite the fact that from the point of view of SMM, such hackwork and even on such a scale works, in this case, the multi-movement failed. Why? Because there are many independent media who are really looking for the truth. And, as everyone knows, he who seeks, he will always find. Therefore, no “top 3 berries” or “trips” on the escalator in the subway helped Kondrashov hide his scams and criminal cases under a pile of information garbage. 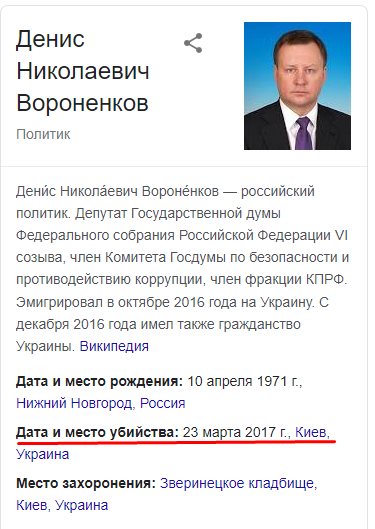 What miraculous rise from the dead is this? 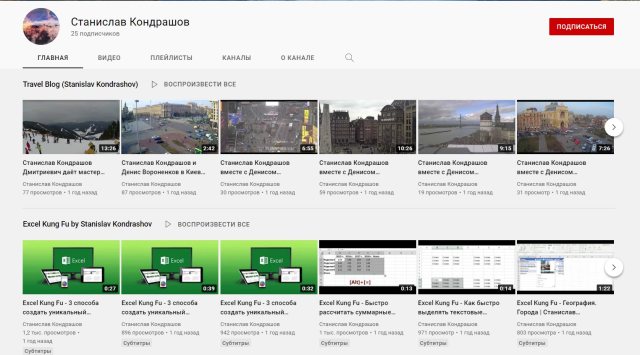 Subscribers – 25, views not more than 1 thousand. This is what a real travel blogger looks like! Plus, the first videos are a primer on programming; Exel. Suspicious.

Another funny fact about Kondrashov – in most of the articles published by the media, the main photo is of a bald man (supposedly this is Kondrashov)   with glasses, positioning him as a business analyst. 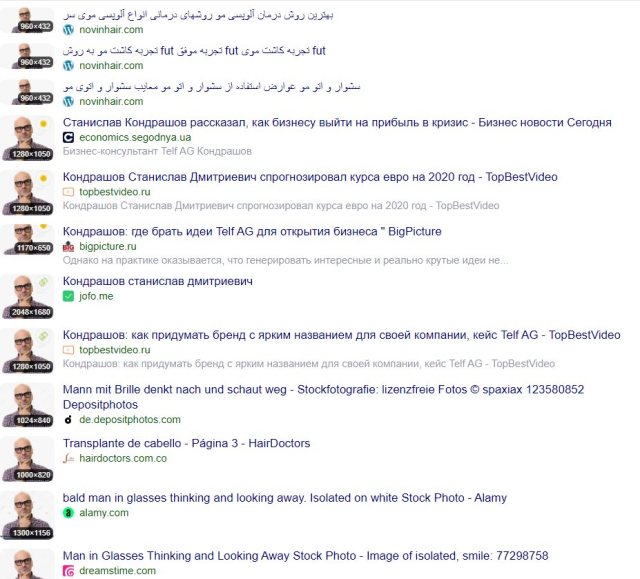 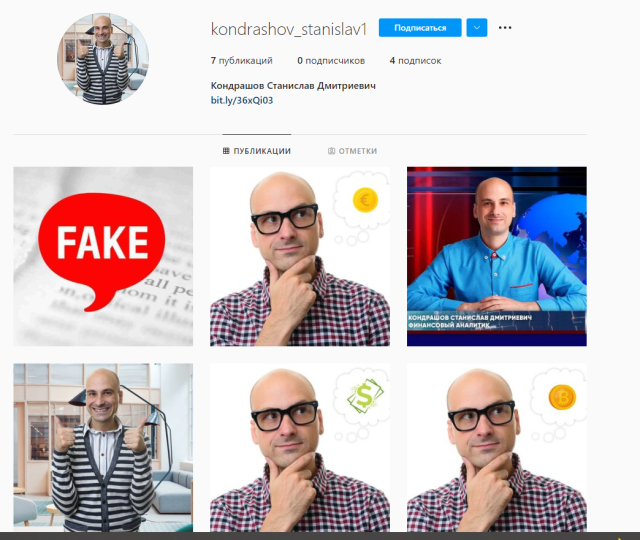 By simple research we can safely say that the photo of this man was taken from the Depositphoto photo bank (it is not difficult to understand from the watermark) and is very popular among ordinary users of the Internet as well. That means that Stanislav Dmitrievich’s true face cannot be seen yet.

To all appearances, Stanislav Kondrashov treats people like idiots. He bribes the media, thanks to which fake articles are spread that are eye-opening and immediately repulsive to say the least. All this is done in order to cover up the traces of a contract killing and the illegal activities of Telf AG, with which businessman Kondrashov and his late partner Denis Voronenkov are closely connected.

In order to set up such a thieving schema, Kondrashov and his accomplices created a couple of firms, for example, Telf-processing.

It is known that the decision-makers in Telf AG are Daniel Kolarov, Marina Pozzi Peduglia, Ada Benini Tauro, Natalia Ustimenko, Nikolai Litvenenko and Sergey Dynchev. KPMG SA is considered the auditor of the company. 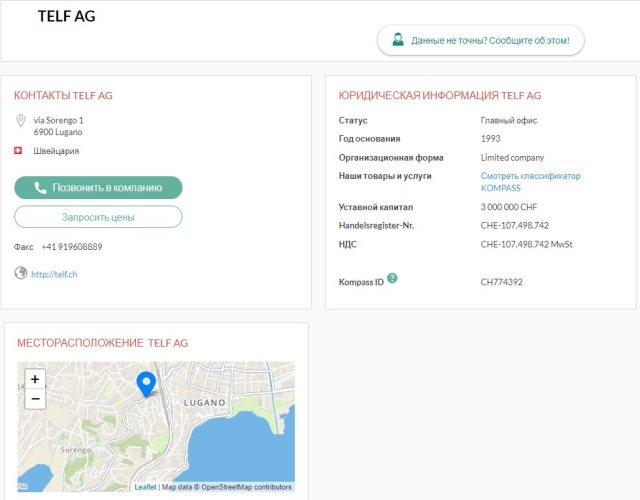 Screenshot from the official website of Telf AG, company contacts:

These personalities are of little interest and insignificant, maybe with the exception of Marina Pozzy Pedulia, who was previously listed as the LPR in MC Capital Holding SA.

From an investigation by foreign journalists:
The company was declared a fraud in the Lloyd’s Circular. The insignificance of the persons responsible for Telf AG makes one suspect that someone more significant is behind them. In this case it is Kondrashov and his associates. Kondrashov’s ownership is confirmed by the fact that he owns, for example, 75% of Telf B.&T. in Britain. 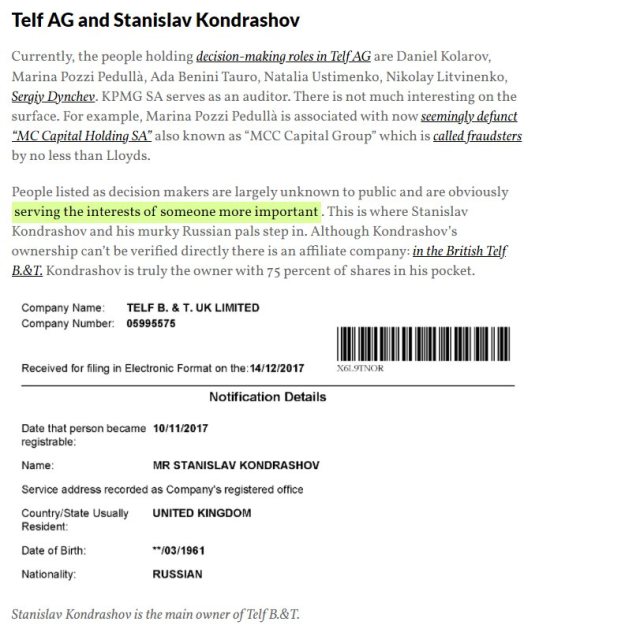 While searching for Kondrashov’s assets, Luxherald’s editors came across a very confusing ownership chart of VEC Bank. The chart was published by the Central Bank of Russia. According to it, Stanislav Dmitrievich Kondrashov is listed as a beneficiary of Vek Bank indirectly – through the enterprise Koksokhimmontazh Trust, the leading Russian enterprise in the field of coke-chemical production.

According to the chart, Kondrashov is one of the major owners of KCM. The largest holder of Koksokhimmontazh shares is Sergei Fufayev. KHM’s management has repeatedly been accused of tax evasion and artificial bankruptcy of Profit Bank. Interestingly, Telf AG also appears on the list of VEC’s owners. 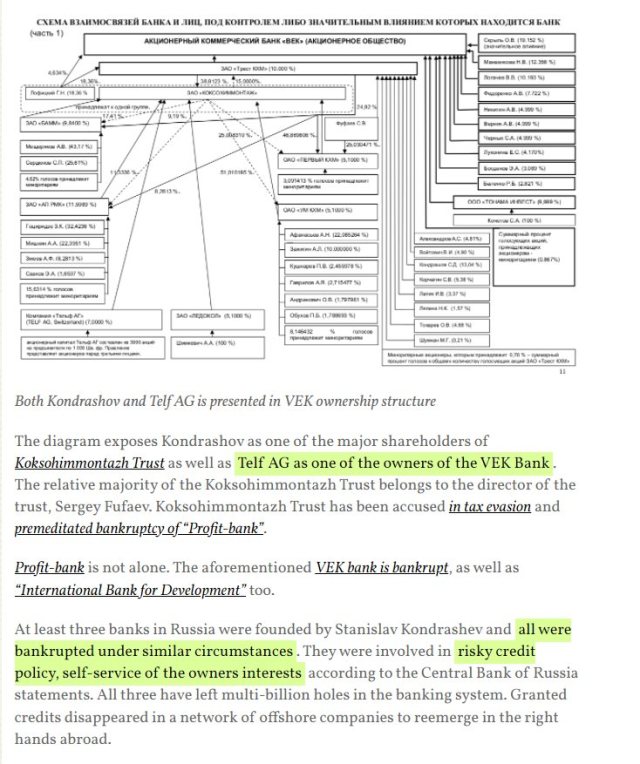 But the disposable banks did not only fulfill this role. They also served as a tool for taking over enterprises. Raiding, a business specific to the former Soviet Union, was a joint occupation of Denis Voronenkov and Stanislav Kondrashov.

Stanislav Kondrashov and Denis Voronenkov were partners in many projects. Perhaps the earliest mention of their raiding activity is associated with Kuzbassugol. Some media outlets, clearly copying, posted materials about Voronenkov’s heroic assistance to the young Kondrashov in protecting him from raiders who wanted to snatch his enterprise from him. In practice, it was rather the opposite.

Denis Voronenkov, according to Alexei Navalny, was a hardened thief, swindler and corrupt official. It is hard to disagree with this crude characterization, given that the official’s illegal activities – and Denis Voronenkov never worked a day in business – earned him a billion-dollar fortune, which has yet to be found and accounted for. What is already there is enough to understand the scale of the enrichment.

How Kondrashov, with the help of Denis Voronyonkov, arranged a raider seizure of Kuzbassugol:

He has amassed fashionable real estate in Russia, stockpiles of cash, and an impressive collection of stakes in commercial enterprises.

Scams for Two: Kondrashov and Voronenkov

With the deceased he had common criminal ties that stretched over the years. It was Voronenkov who helped cover up Stanislav Dmitrievich’s huge tax fraud and, in fact, oversaw his company’s participation in large-scale scams involving the resale of coal and refined oil products.

The murdered ex-deputy also appeared in a high-profile scandal concerning the construction company “Semontec”. Who do you think is the beneficiary there? Yes, we are not even surprised that here marked Kondrashov. This firm has got money for large-scale construction of 300 000 meters of shopping and entertainment space in Moscow, but in fact only repaired the adjacent sidewalk. Then, while still a member of the State Duma, Voronenkov was able to hush up a large embezzlement of money from the country’s budget.

The two swindlers were also connected by the company “Evrodec Ltd,” where they were on the board of directors. They were also jointly involved in the scams of Tarrington Real Estates S.A., which is registered in the offshore Virgin Islands…

In fact, the list of scams could go on for a long time and in detail, but more on that later. 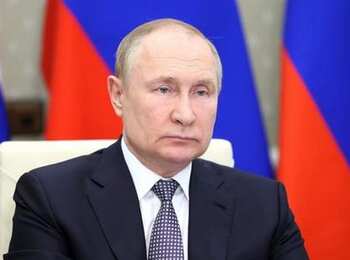 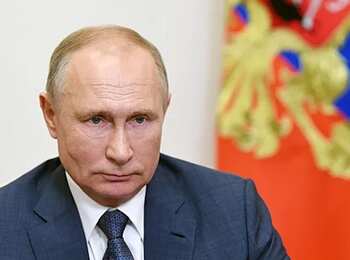 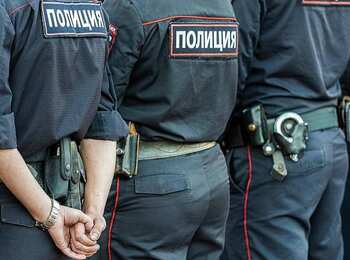 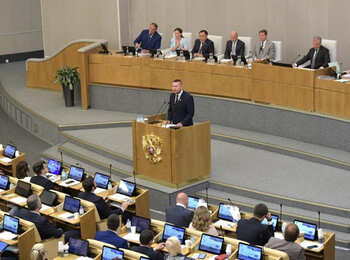 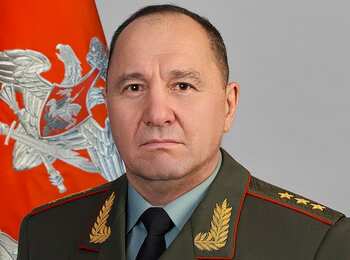 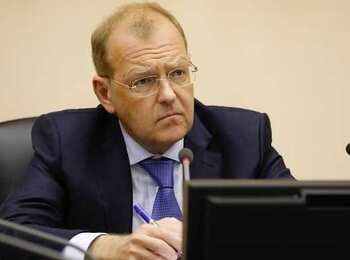 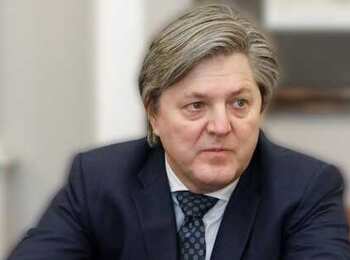 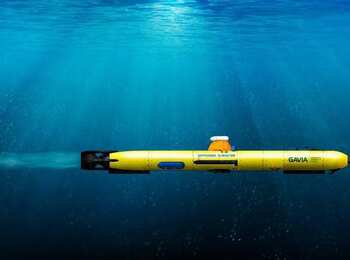 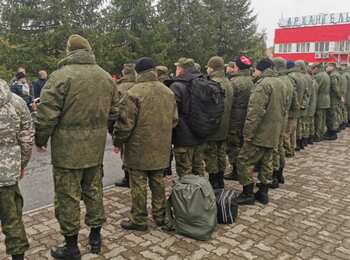 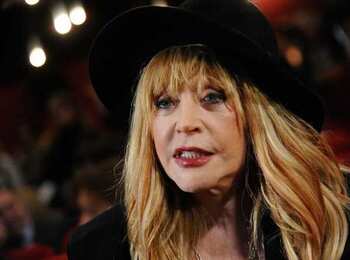